Cleaning Service Beyond Your Expectations

Bob Kramer and Tony Metcalf founded Brothers Cleaning Services in 1973. It started as a part-time business to provide the two partners with income while they continued their college educations, but after several months of considering their educational direction, they decided to temporarily devote their full-time efforts to their fledgling cleaning service business.

Starting with a wet/dry vacuum cleaner and shampoo machine, the two partners cleaned carpets in homes and small businesses, soliciting door-to-door. Within six months, Bob and Tony decided to diversify into janitorial service, which proved to be a successful endeavor! With Tony in sales and Bob handling production, they gradually accumulated a small group of contract accounts. They performed all of the work themselves by cleaning carpets in homes during the day and cleaning offices and restaurants at night. Working day and night, it soon became necessary to spread the workload and it was then that the first company employees were hired.

Bob Kramer left Brothers Cleaning in 1988­­ to pursue fine art and to eventually open the Little Red Farm Nursery in East Springfield. Tony Metcalf remained as the CEO of Brothers, which has grown to be the largest company of its kind in the Eugene/Springfield area.

We moved to our current Springfield location at 582 Shelley St. in the spring of 2004. It is from this home base that we launch our cleaning services out to most areas of Lane County. 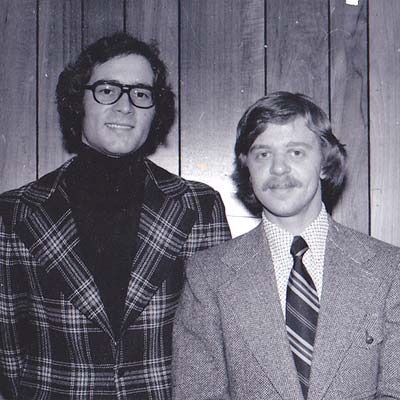 Our mission has been the center of our success since we began in 1973.

“Excellent service and technician! Brothers Cleaning Services is above all others in their field. Not only do they have excellent equipment and products, but their carpet techs are excellent also. Jeremy Rose was my carpet tech. Not only was he very knowledgeable about equipment and products, his attention to detail and advice was amazing. Besides being very personable and having answers to all my questions, he really seemed to enjoy his job and didn’t try to cut corners as I’ve seen other companies’ employees do.

A company can’t have great equipment and products and not have great employees. Brothers has it all. I can’t recommend Brothers enough and will be requesting Jeremy when I have my carpet cleaned again.”

Quality You Can Trust

We will email you special offers, company news and cleaning tips. Click Here for Past Issues